Strong together: Team spirit at the Maasvlakte… Aratis for port of Rotterdam with Van Hattum and Blankevoort

TEAM SPIRIT AT THE MAASVLAKTE…

She shines in the light of late summer. The largest work of art in the Port of Rotterdam. Mission accomplished. Satisfied, Michiel Goosens and Dick van Erkel give each other a box. Of course, every project has its challenges and storms. But mutual respect, trust and team spirit were the solid pillars of the successful collaboration between the Port of Rotterdam Authority and our colleagues who realised the Container Exchange Route (CER).

‘It’s still a special place, isn’t it?’. Michiel visibly enjoys himself as he stares over the skyline of the Maasvlakte. For a moment his mind wanders to his youth when his father piloted the ships here. Dick van Erkel arrives. ‘Unbelievable, how quickly it changes here’, says our branch director. For four years they were sparring partners. A collaboration that was already born during the tender.

Cooperation was a crucial (EMVI) criterion for awarding the infrastructure for the new dedicated connection for the container flow. ‘A robust concrete track of 17 kilometres with three large works of art. From the first to the tip of the second Maasvlakte’, Dick and Michiel describe. ‘That also means a construction site of 17 kilometres, in which you obviously also have to constantly pay attention to the environment, stakeholders and ecology.’

Then good cooperation and sublime preparation are not superfluous luxuries. From extensive introductory sessions and crystal clear consultation structures with theme tables to a real behavioural compass with core values. In the quarter before the physical start, a dike of an organization was built with clear expectations. ‘How do you see the project? When did it succeed?’, Michiel outlines. Dick: ‘The Port Authority has an ideal image in advance. But reading always means interpreting. That is why we went through all the contract requirements with a dust comb beforehand. That prevents discussions later on.’

The partners made an important promise: ‘We agreed that we would never surprise each other’, says Michiel. ‘Dick and I always knew in advance what the positions were. Maximum transparency.’ Successfully. Dick remembers the first Gate, in which the project team was audited internally: ‘We invited the client who combined her various system audits with our internal audits. That became a very large hall. Because both at our company and at the Port Authority, many people wanted to experience that. And you know what the beauty was? The Port Authority supported our argument with valuable additions.’

According to Michiel, a good relationship does not automatically mean that it never pops. ‘Good collaboration is really not always easy. When the weather is nice, everyone can work together. It’s about what you do when it’s stormy. Can you still sit in someone else’s chair? Dick once called me in all honesty that he was struggling with a technical challenge. Isn’t that beautiful? Then you do not wave a contract, but you look at whether and how you might be able to help. The interests of contractors and clients differ less than is sometimes assumed. Efficient, without incident, a high technical quality and on time: in the end, you both want to make the project a success together.’

We succeeded and the tandem is proud of that. Not only on the project and the collaboration. ‘Also on the people who have worked on this’, Dick assures. His equally flaming and sincere argument is occasionally supplemented by a nodding Michiel: ‘For days, weeks, years, people have worked on this with heart and soul. In all weathers. Today the weather is beautiful, but believe me: it can also storm here. Half sandblasted in winter on top of a work of art is no fun. But with an unprecedented drive, everyone always went for the most beautiful end product. Our colleagues and the Port Authority team can be genuinely proud of themselves.’ 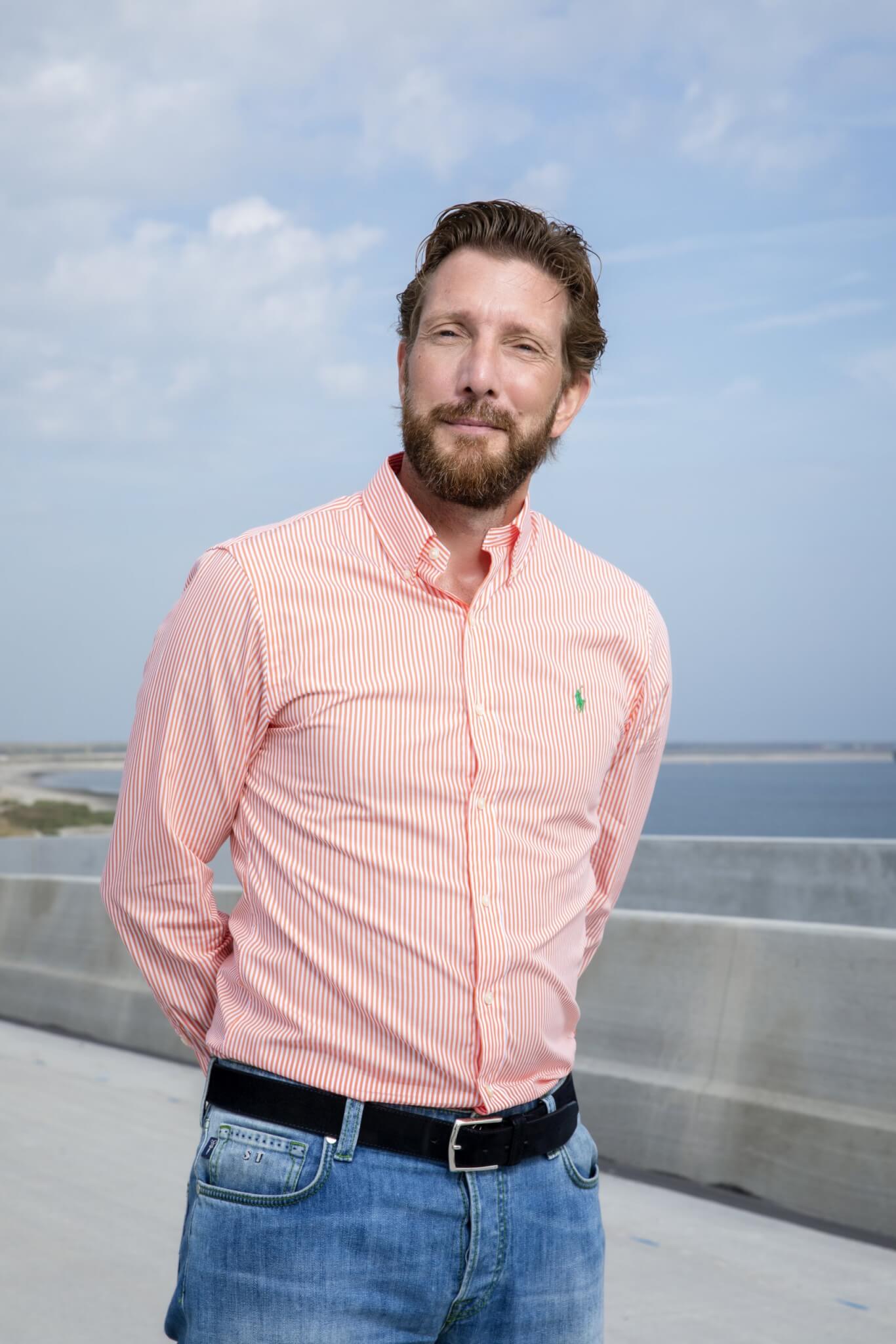 He hasn’t been born there yet. But as the son of a port pilot, Rotterdam’s waters do flow through his blood. His career led him from the contracting industry (BAM) and the engineering firms Tauw and DHV to the Port of Rotterdam Authority. Michiel is a partner and senior consultant at Aratis. As contract manager, he was our client for the CER infrastructure contract. 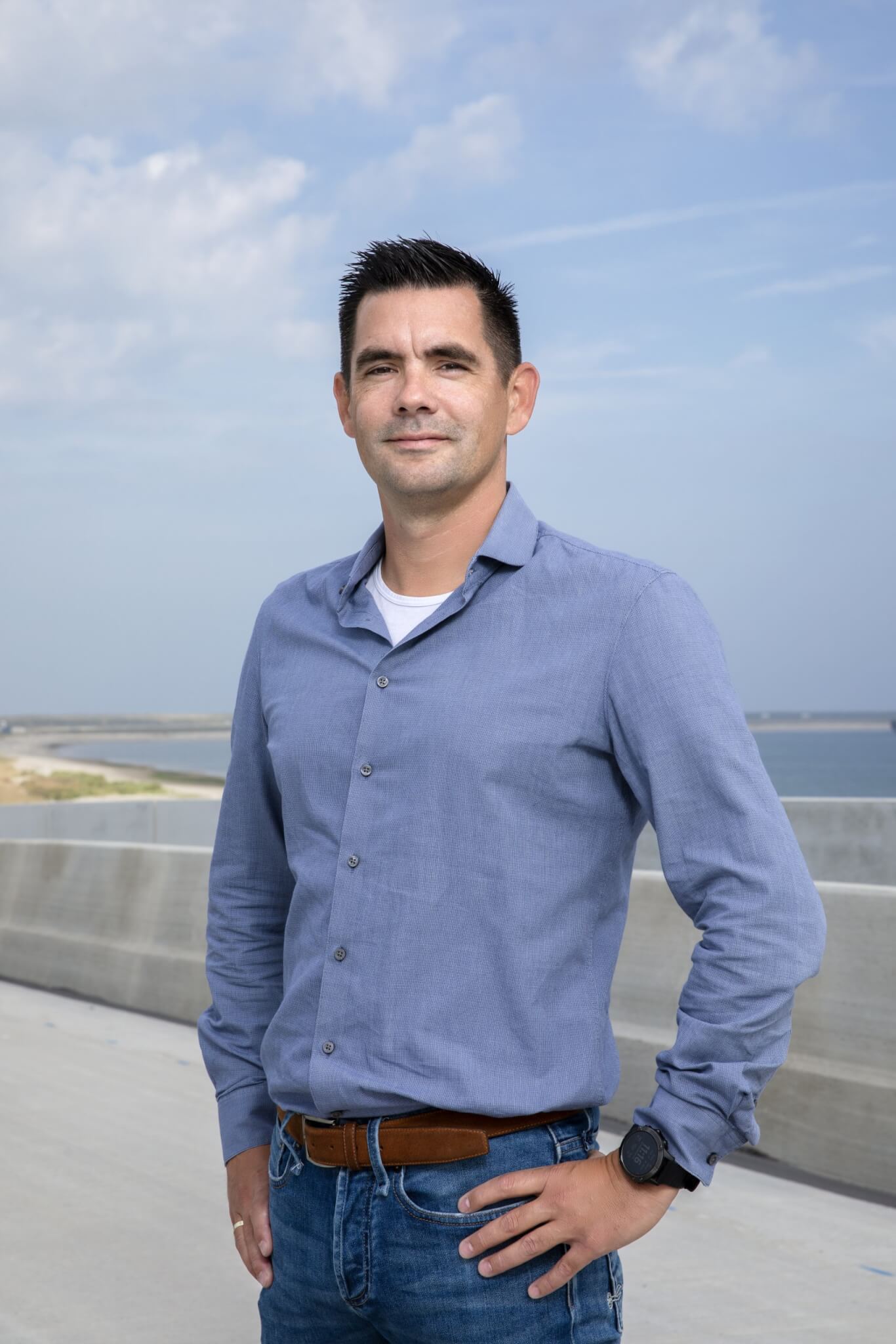 As a ‘boy from the South’, Dick from Rotterdam learned the tricks of the infrastructure trade at MNO (Vervat) and later under the boskalis flag. At KWS he focused, among other things, on integral projects. Dick worked, among other things, as a project manager for the Combination CER. A role that he has combined in recent years with his position as manager. Since the first day of this year, he has been our new director in the South region.